The answer seems to be obvious, however, the German Chancellor Merkel gave an unexpected, yet inspiring answer:

“Cyclists do have their own interpretation of traffic rules. But we are not pushing hard for obeying the rules, but for better and more bike paths and as far as helmets go for cyclist, we focus on the voluntary usage and not bringing in laws for that.”

Bicycle as a mode of transport is not new, it exist way before the creation of “traffic rules”. Traffic rules were created after the introduction of motor cars, which imposed unprecedented risks to other road users. You may consider “traffic rules” are essentially “motorist’s rules” and must be obeyed by all motorists for the safety of other road users. However, it is not realistic, nor fair to require a human power mode of transport to follow 100% of the “motorist’s rules” even if it means it will sometimes put the cyclist in risk. 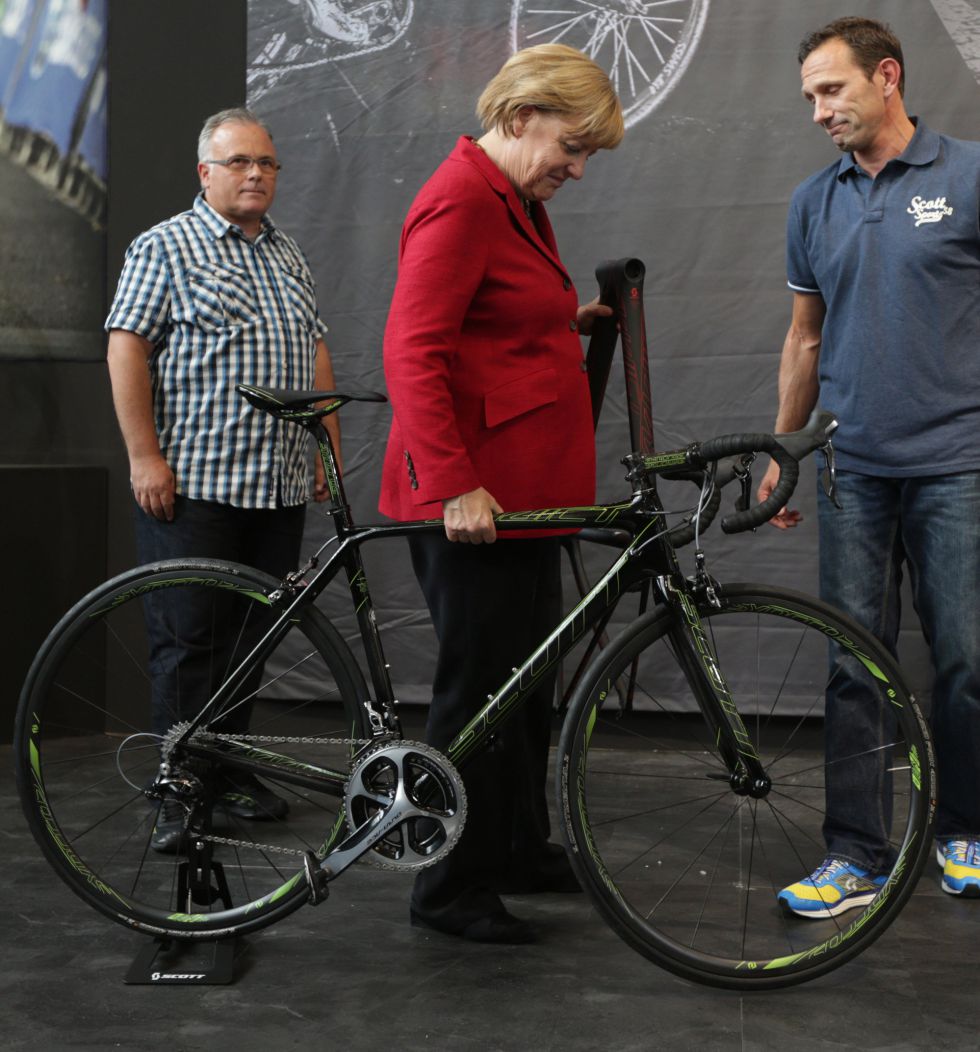 I’m not advocating cyclists to break the traffic rules. The fundamental principle should be safety. Do what is safe. Follow the traffic rules as much as possible. But, do not follow the rules blindly and put yourself in a dangerous position. Some of these “rules” are in fact perceived and not official. Here a few typical, but exceptional examples that bicycle users may “break the rules” for safety concern:

1) Riding on footpath – if the road is full of fast moving cars, it is potentially deadly for slow riders such as the uncles and aunties going to markets. In this case, I would be using the footpath instead. Anyone insist that cyclists must always be on the road I will challenge them to ride slowly along Lornie Road.

2) Not staying at the extreme left of the left most lane, but shifting to the centre of the lane – Before riding across a road junction, or approaching a slip road, it is often safer for the cyclist to shift his/her position from left of the lane towards the centre of the lane. This is for two purpose: a) signal to the driver behind that you want to go straight, not turning left. 2) prevent driver from last moment overtaking and cutting in front to turn left.

4) Riding on the bus lane – it is actually legal to riding on Bus lane, but many drivers and cyclists are not aware of this and become confused. It should be possible to put a bicycle sign on Bus lane, and it will be more clear for every body that bicycle are supposed to be on the Bus Lanes.

6) Not wearing helmet –  there is no law in Singapore states that one must wear a helmet in order to ride a bicycle. It is a personal choice.

It is particularly interesting that, such “un-ruling” comment is coming from a German Chancellor, since Germany is well know to be a rule based society. Angela Merkel clearly understand that it is not useful to force the traffic rules, which are primarily created to control motorists for the safety of others, onto the group of cyclists, which does not imposed the same level of risk to other users. Instead she put focus to improve the infrastructure such as bike paths so that everyone will be more safe regardless of the rules.

What is your view? Please put your comment below.

8 thoughts on “Should cyclists follow all the traffic rules?”